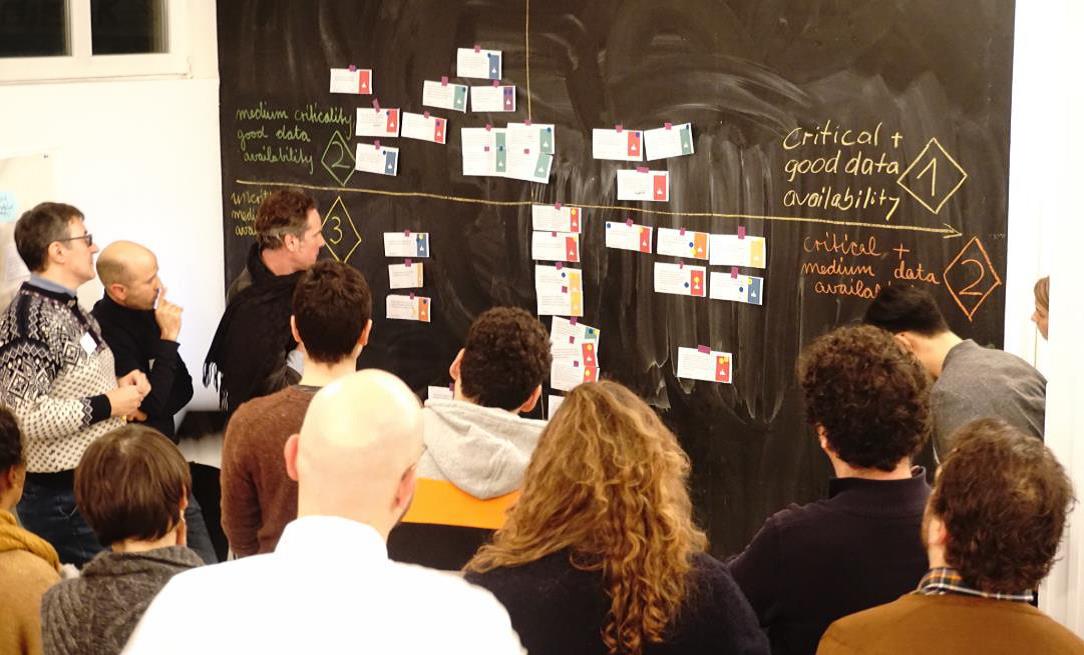 The technical solution developed in MICADO is based on an analysis of the needs of three target groups public authorities, migrants and NGOs respective civil actors. The needs of these three target groups were identified last year in the pilot cities Antwerp, Bologna, Hamburg and Madrid in co-creation workshops and interviews (see also interview with Lore van Praag, who coordinated the co-creation process). Based on these analyses, a so-called convergence workshop (see our article on this event) has been organised and various discussions have been held to synthesise the co-creation results and to arrive at a manageable idea of the future MICADO features. The result is of course not only an idea, but a very concrete concept of the MICADO applications, the “Minimal Viable Product”.

“The idea of a minimum viable product was first defined in 2001 but only gained significant attention through the works of Steve Blank and Eric Ries, where it became closely associated with the Lean Start-up methodology (Spencer, 2018). This methodology emphasises “the importance of getting customer feedback from the earliest stage of the development process” to reduce the development costs and ensure the uptake of the product or service, by tailoring them towards their intended audience (Spencer, 2018). Hence, a minimum viable product (MVP) is a development technique and at the same time “the most pared down version of a product that can still be released” (Ries, 2011; British Library, 2020). Thus, taking both of its aspects together, Eric Ries (2011) defined it as the ”version of a new product which allows a team to collect the maximum amount of validated learning about customers with the least effort.” (Ries, 2011).” (Munteanu, Hamman, Mörtenhuber, 2020)

The Minimal Viable Product of MICADO is more than just a mapping of existing processes and their translation into a technical tool. It also contains components and functionalities that aim at a further improvement of migration management and individual arrival processes. MICADO thus goes beyond the state of the art of previous processes and actions in the pilot cities by identifying further options for public authorities, migrants and civil society actors. The result is thus not only a minimal set of functionalities that are mutually accepted but also a vision developed with authorities, migrants and NGOs on how integration can succeed better.

In general, MICADO consists of three separate but interlinked applications for the three target groups public authorities, migrants and civil society actors. Migrants will find guided processes for the most relevant actions like how to get a residence permit or a health card. In an information center current up-to-date events like language courses, or job fairs, but also consulting services offered by official or civil society actors, are listed. Migrants will also find their integration plan, which are administered by local social workers, in the app and will have a good overview on the steps they have to take next. Public authorities will have the opportunity to add information (general information, guided processes, integration tasks, invitations) and in addition, they will find background information with cumulative figures on local migration in their application. In the application for civil society actors, additional info on their support services can be added and via a technical connector then displayed in the migrant app.

The concept of the MVP is the basis for the technical development of the MICADO applications, which is currently being pursued at full speed. As soon as the prototype is ready, the Local Experts and Stakeholder Committees in the four pilot cities will be invited to give a first feedback (most probably October).